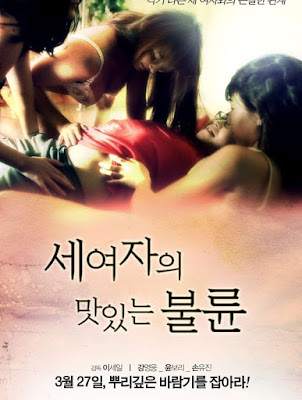 Younghwan is a complicated flirt with a lot of women and enjoys living with them!
But he doesn't divorce. Even married Hye-mi is living happily without being caught.
Because of his handsome appearance, he easily enjoys being with women. He does not reject the woman he likes, nor does he catch the woman he dislikes.
Then, Yeong-hwan fell in love with Hye-mi, who came like fate, so he decided to organize all the women.
So Yeong-hwan, who met grace, asked to break up and said that he couldn't, and if he fell in love, he asked to go away from him.
And grace to have sex outdoors. Because he's a man, he's excited, so he only hangs out with Eun-hyeung.
When he asks to break up with the second woman, Eunsol, she also clings to her crying...
Younghwan, who was having a happy time with Hyemi in a private space. The doorbell rang and grace came suddenly.
When he asks Hye-mi, Young-hwan's wife, if we can live together for just one week, he readily agrees, saying that he is a friend of Young-hwan and wondering what will happen.
Then, the mysterious cohabitation of the three begins...