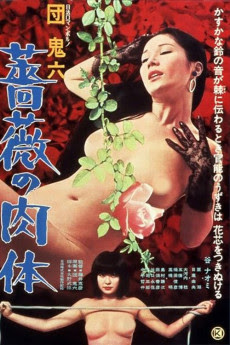 
Skin of Roses is a fascinating piece of Japanese cinema. When looking at what Pinku Eiga and , more specifically, Roman Porno, are, one might go in to a film like this not expecting much. Indeed, this film exists to serve a very specific purpose, and that is to have as many as-graphic-as-the-censors-would-allow sex scenes possible within a 72 minute run time.Getting this out of the way first and foremost, because this is a work of Pinku Eiga from Japan in 1978, that means that there is censorship. Scenes including such things as "hair nude" wouldn't even be allowed to be shown until the 80s, so there is a bit of censorship in this film. Some of the censorship relies on cleverly placed objects or placement of the camera, and other types of censorship are a large blur on the screen.