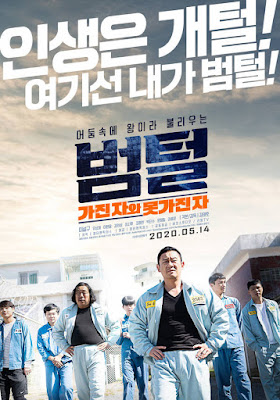 The king of prison, the ruler who rules over the wild and mean!
"I'm just sick of losing without fighting!"
Manhee, imprisoned and imprisoned by an incident of incidental violence
,
enters a violent room in which the prison's bums live, and eats Hansotbap along with walwal, death row, bulgo, kid, and dog hair.
On the other hand, as the
counterpart maker Gundal boss 'Taesu' entered the same dong, Bongcheondongpa wharf who was dissatisfied with the bum, Joe, Bob and Yongjugol Galchi, Garibongdongpa Waku, axe,
gangs gathered, and the feathers showered in the inmate's bath I have been surprise.
Bum-hair, who overcame the crisis, is in danger of being detained by a strike squad initiated by Tae-soo and one of the security chiefs. At this time, the death penalty spreads by the death row in search of a hidden knife ...
The final match of the lives of those who have and those who do not have is played out!