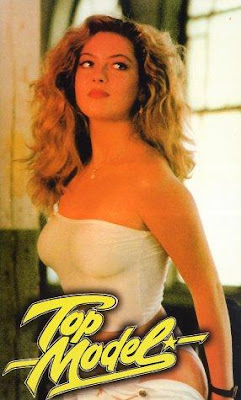 The writer Sarah Asproon is completing her new book on high-profile prostitution, with the collaboration of her friend/agent Dorothy. To collect authentic material, they set up a girls-ringing agency, which is enjoying considerable success. While Dorothy acts as director of the agency, Sarah assumes the name of coverage of Gloria and soon becomes the most requested girl, until a client, Peter, discovers by chance the true identity, begins to blackmail her with the threat of a scandal and complaint to the police, forcing her to give in to his requests. To keep the client's appointments in order, Cliff, a young computer programmer, is contacted: he's an attractive, shy and naive guy, and Sarah is impressed. She provokes him from the beginning but he hesitates, since he has never had first contact with a woman and considers himself inadequate; moreover, he finds himself in a delicate situation with his homosexual friend Jason, who would like to be paid by him, but since Cliff does not seem completely determined yet, he chose to take time off, leaving him a guest in his house, waiting for his friend the ideas are clarified. In reality, Cliff falls seriously in love with Sarah and would like to be perfectly normal with her. But in the end the love for Sarah will dissolve Cliff's doubts; he will live a happy and complete experience with her. Finally overcoming all the obstacles, Sarah and Cliff, foiled Peter's threats and refused Jason's offers, will be able to live happily together, moving to another city.