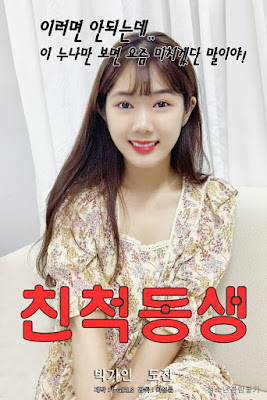 Hye-ran, who has been living alone, has to live with Sang-woo, the nephew of her stepfather who her mother remarried. As time went, Hye-ran begins to feel lust whenever she sees Sang-woo.

Even without blood relations, Hye-ran is confused about her feelings for Sang-woo, and she is also certain that her boyfriend, Gi-joon, is involved with another woman.

Meanwhile, Sang-woo who had sex with Ji-eun, confessed to her that he was thinking of Hye-ran when they were in the middle of doing it, and then announced their breakup. Sang-woo went home late that night.

Upon arriving the house, Sang-woo found Hye-ran in her underwear, pretending to sleep. Sang-woo eventually went in and touched Hye-ran. After confirming how much he wants her, she let Sang-woo take over her body.