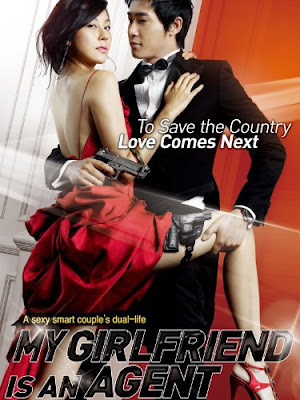 Disguised as a travel agent, Su-ji is a government spy with six years experience who cant reveal her career to her boyfriend Jae-joon. After she lies again, her boyfriend breaks up with her and leaves without notice, leaving her struggling alone with her sadness. Three years later, while chasing an industrial spy in disguise as a cleaning lady, she happens to run into Jae-joon. Hes become an international certified accountant, and seeing him throws her feelings into doubt. Jae-joon has become tired of his girlfriends constant and suspicious lies. In one phone call, he tells her hes leaving Korea to study in Russia. Three years later, disguised as a distinguished international accountant, he enters the NIS (National Intelligence Service) as an agent in its overseas branch. Hes a newbie who got a late start, but hes highly motivated and takes off on his first field mission, chasing a Russian crime organization, when he runs into Su-ji. Its shocking to see her now as a hotel cleaning lady, but his affections for her are as strong as ever...