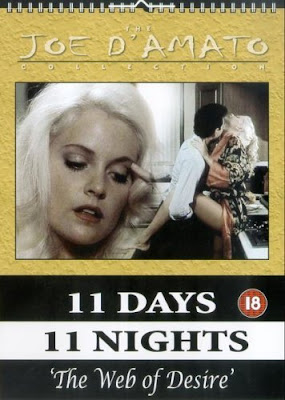 After being married and soon separated, Sarah Asproon is recalled to New Orleans as a executor of Lionel Durrington, her former recently deceased lover, a member of the richest family in Louisiana, with the task of establishing, in eleven days, who, among the four heirs are the only one, is worthy of receiving the enormous patrimony of an amount that is still undefined. Soon Sarah discovers that, for different reasons, everyone desperately needs money and manages to seduce three of them, but when she dedicates to the fourth, Sonny, publicly performing in front of him in a strip club, discovers that the voices are founded on his impotence. Thanks to Dana, Sarah also learns that Sonny's disturbance arose after seeing his ex-girlfriend Francis narcotized and abused in front of her eyes by Alfred, who at the same time is plotting in league with other family members. Sonny goes to an institute for the treatment of his impotence. Providentially Sarah learns of the plot, disguises herself as Francis and finally succeeds in seducing Sonny, causing him complete recovery and revealing her true identity only at the end. When it comes time to decide for the reading of the will, Sarah must communicate the name of the sole heir, but she has established that nobody is worthy to inherit the assets and would have opted to donate it to charity, but instead she proposes the division between all the heirs of the amount indicated in the will on condition that all before signing a release authorizing it to publish a book that reveals the secret family secrets, in case there was someone against the proposal and, in fact, all accept unanimous to sign. The next reading of the will indicates that the assets amounted to as much as $500 million, half of which is assigned to family members and the other half to identity person unknown to them. Finally, Sarah goes to visit Lionel's grave and discovers that in reality he has simulated his own death, assuming the identity of the beneficiary of the other half of the estate, using her to be able to completely redo a life.