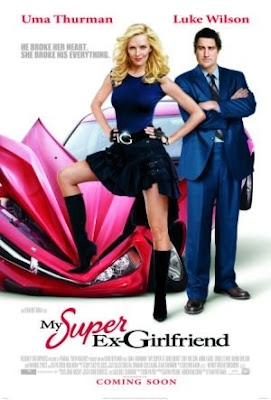 
In New York, when the shy and lonely project manager of a design firm Matt Saunders meets Jenny Johnson in the subway, he invites her to date and have dinner with him. Jenny immediately falls in love for him, they have sex and she discloses her true identity to him, telling that she is the powerful superhero G-Girl. After meeting his co-worker and friend Hannah Lewis, the needy Jenny becomes jealous, controlling and manipulative, and Matt follows the advice of his best friend Vaughn Haige and dumps her, breaking her heart. Jenny turns Matt's life into hell, while he has a romance with Hannah. However, the archenemy of G-Girl and former high school sweetheart of Jenny, Professor Bedlam, proposes Matt to lure Jenny to strip her superpowers.