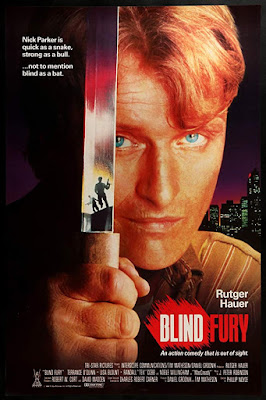 
Nick Parker was a Vietnam vet who was blinded during the war. He was found by one of the local tribes, who taught him to enhance his remaining senses and to expertly wield a sword. On his return to the United States, he goes to visit an old Army buddy, Frank Devereaux, but discovers that he and his wife are divorced, and Frank no longer lives there. What they don't know is that Devereaux was playing in a crooked casino in Reno and accumulated a large debt. The casino boss is willing to forgive his debt if he does something for him: Devereaux is a chemist, and they want him to make designer drugs. In order to make sure he does it, they try to kidnap his son. But Nick is there, and Nick saves the boy. Thus begins a road trip to Vegas to protect the boy and save his friend, with the boss' henchmen in pursuit.