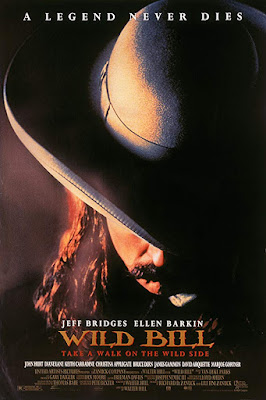 Maverick Writer and Director Walter Hill's version of the famous Wild Bill Hickok legend is a dreamscape western that is told entirely in flashback. Hickok's friend Charley Prince (Sir John Hurt) narrates the events of Wild Bill's life while sitting at Bill's graveside. Hickok is played by Jeff Bridges as a mean, high-spirited, but gallant outlaw. He wanders the West, adding to his reputation with some well-chosen gunfights, and he meets up with characters such as Calamity Jane (Ellen Barkin), who becomes his sidekick for a time. After becoming a legend, Hickok signs up for a stint with Buffalo Bill Cody's travelling variety show. Eventually, he falls in love with Susannah Moore (Diane Lane), and his love leads him to tragedy in the town of Deadwood, South Dakota.
720p.BluRay1080p.BluRay