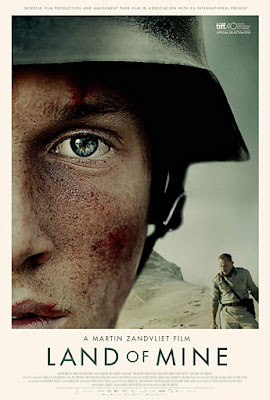 In post-World War II Denmark, the Danish government puts their hated German prisoners of war to work clearing the 1.5 million landmines from the western beaches of the country. At one such beach, Sgt. Carl Leopold Rasmussen finds himself in charge of one such labor unit and finds they are largely all inexperienced boys. As the boys struggle to complete and survive their dangerous work, Sgt. Rasmussen's hate for Germans gradually cools as he grows to understand the horrific situation these child soldiers are in even as the mines claim more and more victims. Eventually, the boys and the Sergeant must decide what can be done in a situation that would be later be denounced by later generations as the worst war crime committed by the Danish government in its history.
720p.BluRay1080p.BluRay