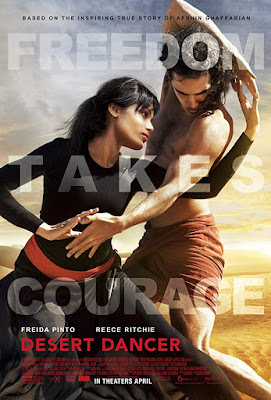 A film based on an incredible true story. Desert Dancer is a classic hero story about brave young people risking their lives to rebel against their government and fight for their dreams. Set in Iran, where it is currently forbidden to dance, the story follows Afshin Ghaffarian and his friends who despite the dangers form an underground dance company where, via hacking into YouTube, they learn from the very best - Michael Jackson, Pina Bausch, Gene Kelly and Rudolf Nureyev. Reveling in the freedom of expression that dance gives them, they set upon putting on a performance deep in the desert, away from the watchful eyes of the military police.